What if a little red beam of light could save hundreds of thousands of newborn lives? The BORN Project is the first global health initiative leveraging mobile pulse oximetry technology to combat neonatal mortality. This targeted education-and-implementation project is bringing low-cost, effective screening for the most common, life-threatening conditions in newborns - claiming the lives of nearly 2 million babies every year, 2/3 of those in the first week of life.

Deprecated function: The each() function is deprecated. This message will be suppressed on further calls in _menu_load_objects() (line 579 of /nfs/c01/h06/mnt/831/domains/newbornfoundation.org/html/includes/menu.inc).

The Newborn Foundation has been actively working with global health agencies, clinicians, NGOs and the medtech industry on the implementation of the BORN Project – Birth Oximetry Routine for Newborns.  The inaugural pilot project is being conducted in collaboration with provincial and county-level hub hospitals, the Chinese Ministry of Health and the National Office for Maternal and Child Health Surveillance, and will evaluate nearly 50,000 newborns at county and village birth facilities in Sichuan Province.

Newborn Foundation is among the first NGOs to document field projects in 360° Virtual Reality video. This video documented Newborn Foundation’s work in rural Southwest China - helping train and equip our partner sites to screen more than 40,000 newborns for heart problems and other serious medical conditions.

Globally, nearly 41% of all under-five child deaths are among newborn infants, babies in their first 28 days of life. And three-quarters of all newborn deaths occur in the first week of life. Newly published data from the U.K. shows that of those babies who were asymptomatic, but failed newborn pulse oximetry screening, 79% had a significant problem. Of those problems, 10% were cardiac, 33% had unrecognized pneumonia, 18% had sepsis, and 7% had pulmonary hypertension – reinforcing the critically important role of pulse oximetry in identifying often-treatable health conditions in newborns. China has among the highest number of newborn deaths as a percentage of under 5 deaths. There is now evidence that using pulse oximetry and having reliable oxygen sources in district and provincial hospitals in developing countries can specifically reduce infection-related newborn death rates by as much as 35%.

The Newborn Foundation’s pilot was part of a first of its kind newborn screening infrastructure and field research study, which began in late 2012 and took place in country in April 2013. The inaugural China Summit on Newborn Screening and Early Detection of CHD was held in Beijing and included clinicians, and international delegation of newborn health experts, and senior public health officials at the national level and from 31 Chinese provinces. Focused on the broader goal of detecting hypoxemia, the BORN Project leverages centers in urban and rural provinces, and a coordination and technical assistance center located at academic hospital centers in Chengdu, Shanghai and Beijing respectively to:

National and provincial level public health officials will be able to use the data gathered in this stage to support the addition of pulse oximetry screening and a population health imperative.

As a global newborn screening initiative, the BORN Project is also well-aligned with the WHO’s Safe Childbirth Checklist (SCC).  Initially unveiled at the International Conference on Birth Defects in the Developing World (ICBD), November 2013 in Cebu, Philippines, the BORN Project will utilize a tested neonatal screening algorithm as the pilot model for early detection of pneumonia and sepsis. Congenital Heart Defects remain the most common and deadly of all birth defects, and will be an important secondary detection target for this non-invasive measure of blood oxygen saturation in newborns.

The Newborn Foundation has recently joined with the Every Newborn Action Plan (ENAP) in its efforts to address MDG #4, reduce neonatal mortality and to trigger additional NGOs and international health bodies to support pulse oximetry evaluation as a standard practice for all newborns, regardless of geography. Thanks in part to the Newborn Foundation and Newborn Coalition advocacy, newborn pulse oximetry screening is being implemented in a growing number of countries around the world. 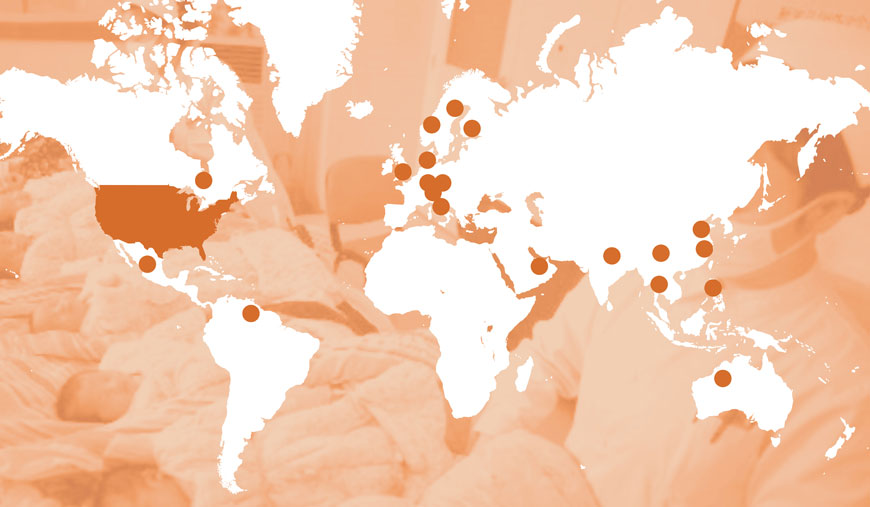 Stay in the Newborn Loop

You have the power to change everything. Step up, keep informed and help a newborn survive and thrive.

Newborn Foundation @newbornfdn November 24
For those celebrating today, and to the many families spending today with their little ones in medical settings, ha… https://t.co/HF9mHjmdNr
Newborn Foundation @newbornfdn November 17
We spend every single day working to reduce #NewbornMortality. With #preterm births, so much rests on training + to… https://t.co/BJLEaRAAJR